Before we deep dive further into container runtimes projects, let’s see what containers actually are, Hows its been created?

What is a container?

The architecture of running the container specification is followed by The Open Container Initiative (OCI) now specifies most of the above under a few specifications:

Selecting a container runtime for use with Kubernetes Interfaces

There are multiple container “runtimes”, which are programs that can create and execute containers that are typically fetched from images. That space is slowly reaching maturity both in terms of standards and implementation. 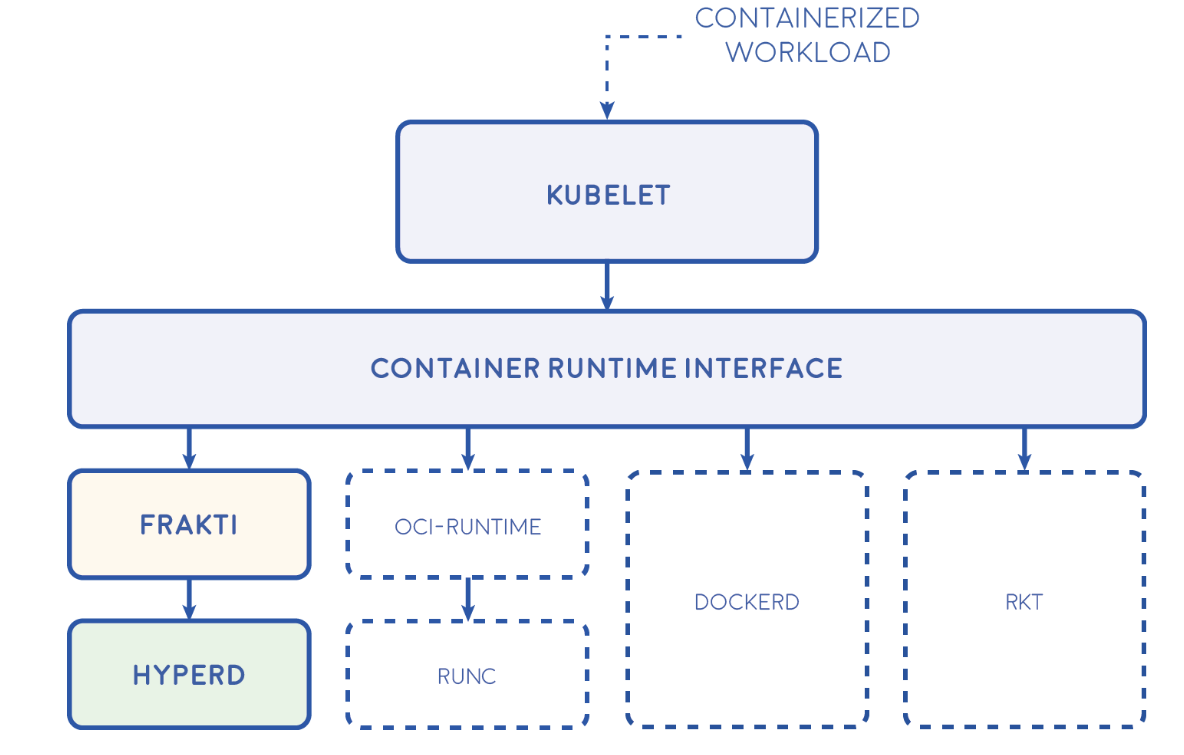 The Docker
Docker’s containerd 1.0 was released during KubeCon March 13, 2013. Originally, Docker used LXC but its isolation layers were incomplete, so Docker wrote libcontainer, which eventually became runc. With the introduction of Kubernetes in 2014, which naturally used Docker, as Docker was the only runtime available at the time. But Docker is an ambitious company and kept on developing new features on its own. Docker Compose, for example, reached 1.0 at the same time as Kubernetes. While there are ways to make the two tools interoperate using tools such as Kompose, Docker is often seen as a big project doing too many things. This situation led CoreOS to release a simpler, standalone runtime in the form of rkt.

The RKT(Rocket)
rkt is an application container engine developed for modern production cloud-native environments by coreos. It features a pod-native approach, a pluggable execution environment, and a well-defined surface area that makes it ideal for integration with other systems. The core execution unit of rkt is the pod, a collection of one or more applications executing in a shared context (rkt’s pods are synonymous with the concept in the Kubernetes orchestration system).

Since its introduction by CoreOS in December 2014, the rkt project has greatly matured and is widely used. It is available for most major Linux distributions and every rkt release builds self-contained rpm/deb packages that users can install. These packages are also available as part of the Kubernetes repository to enable testing of the rkt + Kubernetes integration.

CRI-O
CRI-O 1.0 was released a few months ago, and
Started in late 2016 by Red Hat for its OpenShift platform, the project also benefits from support by Intel and SUSE, according to Mrunal Patel, lead CRI-O developer at Red Hat who hosted the talk. CRI-O is compatible with the CRI (runtime) specification and the OCI and Docker image formats. It can also verify image GPG signatures. It uses the CNI package for networking and supports CNI plugins, which OpenShift uses for its software-defined networking layer. It supports multiple CoW filesystems, like the commonly used overlay and aufs, but also the less common Btrfs.

cri-containerd
Over the past 6 months, engineers from Google, Docker, IBM, ZTE, and ZJU have worked to implement CRI for containerd. The project is called cri-containerd, which had its feature complete v1.0.0-alpha.0 release on September 25, 2017. With cri-containerd, users can run Kubernetes clusters using containerd as the underlying runtime without Docker installed.

Containerd – Containerd is an OCI compliant core container runtime designed to be embedded into larger systems. It provides the minimum set of functionality to execute containers and manages images on a node. It was initiated by Docker Inc. and donated to CNCF in March of 2017. The Docker engine itself is built on top of earlier versions of containerd, and will soon be updated to the newest version. Containerd is close to a feature complete stable release, with 1.0.0-beta.1 available right now.

LXD
LXD is a next generation system container manager. It offers a user experience similar to virtual machines but using Linux containers instead. It’s image based with pre-made images available for a wide number of Linux distributions and is built around a very powerful, yet pretty simple, REST API.

Some of the biggest features of LXD are:

Java containers
Jetty, Tomcat, Wildfy and Springboot are all examples of container technologies that enable standalone Java applications. They have been used for years to incorporate parts of the Java runtime into the app itself. The result is a Java app that can run without requiring an external Java environment, making the app containerised. While Java containers are indeed container technologies they are not a variant of the Linux containers that are associated with the Docker hype.

Unikernels
Applications that you commonly find running in a Docker container may require only a fraction of the advanced capabilities offered by the virtualised environment they run in. Unikernels as designed to optimise the resources required by a container at runtime: by mapping runtime dependencies of the application and only packaging the system functionality that is needed at runtime into a single image. Unlike Docker containers, Unikernels can boot and run entirely on their own, without a host OS or external libraries. That’s different from Docker containers, which rely on external resources and a host environment to run. Unikernels can reduce complexity, improve portability and reduce the attack surface of applications however they require new development and deployment tooling which is still emerging.

A container platform for running complete operating systems. OpenVZ is different to a traditional virtual machine hypervisor because it requires both the host and guest OS to be running Linux but because it shares the host OS kernel (like Linux containers) OpenVZ containers are much faster and more efficient than traditional hypervisors. OpenVZ also happens to be one of the oldest container platforms still in use today, with roots going back to 2005.

The recent launch of Windows Server 2016 has brought the benefits of Linux containers to Microsoft workloads. Microsoft has re-engineered the core windows OS to enable container technology and worked closely with Docker to ensure parity in the Docker management tooling. There is still some work to do on optimising the size of the container images and they will only run on Windows 10, Server 2016 or Azure but this is great news for Microsoft based engineering teams.

Greater security can be achieved by hosting Windows Server Containers in a lightweight “Hyper-V” virtual machines. This brings a higher degree of resource isolation but at the cost of efficiency and density on the host. Hyper-V containers would be used when the trust boundaries on the host OS require additional security. Hyper-V containers are built and managed in exactly the same way as Windows Servers Containers and therefore Docker containers.