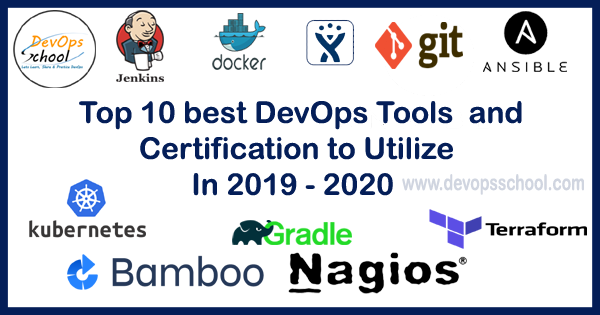 Here, I am going to tell you about Top 10 best DevOps Tools and Certification to Utilize In 2019 – 2020, which will be helpful for your Bright future.

1. Docker – A docker is a tool which is used to automate deployment applications in a light weight container so the application can work efficiently in a different environment. A Container is a software package that consists of all the dependencies required to run the application.
So multiple containers can run on the same hardware. The containers are maintained in isolated environments. They are highly productive, and they’re quick and easy to configure.

2. Kubernetes – Kubernetes is an automating application deployment, scaling, and management open-source container system. Google initially made it, but now it is maintained by Cloud Native Computing Foundation. Its v1.0 was released on July 21, 2005. It is developed and designed by google’s Borg system, and its original Borg project was written in c++.

3. Jira – Jira is a tool/product produced by an Australian company Atlassian. It is a project management tool used for an issue, Bug tracking system.
The essential use of Jira is to track issue and bugs related to software and mobile apps. It is written in JAVA and uses a pico container.

6. Gradle – Gradle is an open-source automation tool that is designed to build almost any type of software. Gradle uses DAG (directed acyclic graph) to determine the order in which tasks can be run.
Gradle avoids unnecessary work by only running the tasks that need to run. There are many other optimizations that Gradle implements and the development team continually work to improve Gradle’s performance.

7. Git – Git is a free and open-source system designed for tracking changes in source code during software development.
It is currently the most popular implementation of a DVCS (distributed version control system). Its core was originally written in the programming language C, but it was also being re-implemented in other languages,i.e., Java, Ruby and Python.

8. Jenkins – Jenkins is a free and open-source automation server. It enables developers to build, test, and deploy their software reliably. It is a server-based system which runs in servlet containers, i.e., Apache Tomcat.
It supports version control tools like Git, Mercurial, AccuRev, Perforce, TD/OMS, and can execute Apache Ant, Apache Maven and Windows batch commands.

9. Bamboo – Bamboo is a CI (continuous integration) and CD (continuous deployment) server, which is developed by Atlassian. It used to automate the release management of a software application. The main goal of Bamboo is to make your software delivery to be flexible and strong.

10. Nagios – Nagios is now officially called Nagios Core, and It is an open-source monitoring system. It is designed to run in the Linux operating system.
Network and system administrators often use it for checking connectivity between hosts and ensures that network services are running as expected. 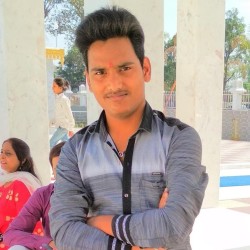