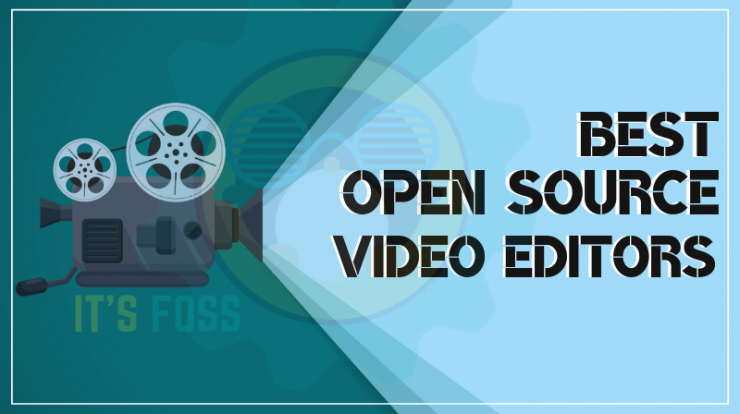 Shotcut is a free and open-source cross-platform video editing application for FreeBSD, Linux, macOS and Windows. Started in 2011 by Dan Dennedy, Shotcut is developed on the MLT Multimedia Framework, in development since 2004 by the same author.

Shotcut supports video, audio, and image formats via FFmpeg. It uses a timeline for non-linear video editing of multiple tracks that may be composed of various file formats. Scrubbing and transport control are assisted by OpenGL GPU-based processing and a number of video and audio filters are available.

OpenShot Video Editor is a free and open-source video editor for FreeBSD, Linux, Haiku, macOS, and Windows. The project was started in August 2008 by Jonathan Thomas, with the objective of providing a stable, free, and friendly to use video editor.

Since version 2.0.6 (released in 2016), OpenShot is now a cross-platform application. OpenShot is also available as PortableApps for Windows since 2020

Olive is a free non-linear video editor aiming to provide a fully-featured alternative to high-end professional video editing software. Olive is making rapid progress and users are already producing videos with it, but it’s still currently in alpha meaning it is incomplete and not fully stable. Regardless we invite you to download the latest build and try it out for yourself. Quite a lot! And new features are being added every day. Even if Olive is missing something you need, come back in a month or two and it’s possible it will have been implemented.

Lightworks is a non-linear editing system (NLE) for editing and mastering digital video. It was an early developer of computer-based non-linear editing systems, and has been in development since 1989 and won a 2017 EMMY Award for pioneering digital nonlinear editing. Lightworks has millions of adoptors worldwide due to the software being available across three platforms in Windows, Mac and Linux. The development of an open-source version was announced in May 2010.[3] No source code of the program has yet been released.

HitFilm Express is a free video editing software with professional-grade VFX tools and everything you need to make awesome content, films or gaming videos. Perfect for beginners, film students, gamers, YouTubers, or any creative without a budget.

Filmora Video Editor is a powerful video editing tool for Windows users. It was originally called Wondershare Video Editor but was rebranded as Filmora after its fifth release. Some of the key features offered by the video editor are animation, overlays, audio control, on-screen recording, and multi-editing modes. The video editor is popular for its feature-rich but straightforward interface and is suitable for both beginner and advanced users. It is also available for download on Mac OS devices.

iMovie is a video editing software application developed by Apple Inc. for macOS and iOS devices.[2][1] It was originally released in 1999 as a Mac OS 8 application bundled with the first FireWire-enabled consumer Mac model – the iMac DV.[3] Since version 3, iMovie has been a macOS-only application included with the iLife suite of Mac applications.[4] In 2013, iMovie was included for free with the purchase of a new Mac or iOS device and has been free to all users since April 18, 2017.

Kdenlive acronym for KDE Non-Linear Video Editor[5]) is a free and open-source video editing software based on the MLT Framework, KDE and Qt. The project was started by Jason Wood in 2002, and is now maintained by a small team of developers.

With the release of Kdenlive 15.04.0 it became part of the official KDE project.

Kdenlive packages are freely available for Linux, FreeBSD, and Microsoft Windows, and the source code is available under the terms of GNU General Public License version 2 or any later version.