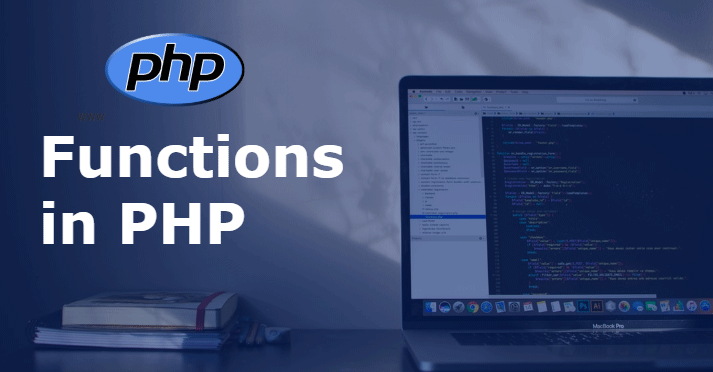 A function is a section of code in a programme that is written to execute a particular operation. For a deeper understanding of how functions perform, we should compare them to workers in a real-world workplace. Let’s say the manager assigns his employee the task of calculating the annual budget. So, how will this procedure end? The employee would obtain knowledge about the statistics from his superior, conduct estimates, measure the budget, and present the results to his superior. In a similar way, functions perform. They take data as a parameter, run a block of statements or perform operations on it, and then return the result.

How many Types of Functions in PHP?

There are Two Types of Functions :-

Why we should Use Functions in PHP?

How to create functions in PHP?

A function is a set of statements that can be found over and over again in a programmer. When a function is called in a program, it is just implemented. When designing a user identified feature, there are a few things to bear in mind.

Users can describe their own functions in PHP. A user-defined function declaration begins with the keyword function  and ends with the { … } braces, which include all of the code.

We’ll make a hello() function in the example below. “Hello world!” is the contribution of the function. Write the name of the feature followed by brackets (); to call it.

Function with Parameters or Arguments:-

Parameters are the details or variables contained within the function’s parenthesis. These are used to store the values that can be executed at runtime. A user can enter as many parameters as he desires, separated by the comma(,) operator. At runtime, these parameters are used to accept inputs. Arguments are used for exchanging numbers, such as during a function call. A parameter is used to carry arguments passed to a function. An argument is a value passed to a function. Both parameter and statement have the same meaning in layman’s terms. It’s important to remember that each parameter must be accompanied by its corresponding argument.

We can set default argument values for function parameters in PHP. If no argument is passed for a parameter with a default value, PHP will use the parameter’s default defined value in the function call.

Functions can also return values to the programme section from which they were invoked. The return keyword is used to return the value to the programme section from which it was named. Every sort of value, including arrays and objects, may be returned. The return statement also signals the end of the function, halts execution, and returns the value.

We can move an argument to a function in one of two ways in PHP.

In this article, we looked at the different forms of PHP functions as well as their characteristics such as What is Functions, How many Types of Functions in PHP, Why we should Use Functions in PHP, How to create functions in PHP.. Developers and programmers like to write code using these two features because it eliminates the need to rewrite it and makes it easier to evaluate because it is written depending on the job at hand.