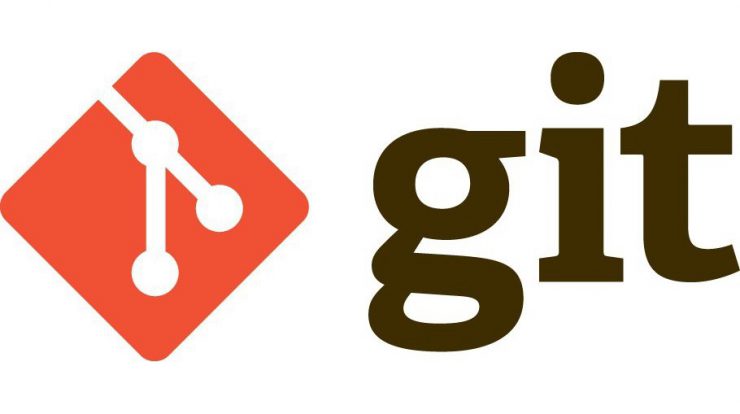 A quick intro to git

It was created by Linus Torvalds in 2005 and has been maintained by Junio Hamano since then.

Answer: Git is a DevOps tool used for source code management. It is a free and open-source version control system used to handle small to very large projects efficiently. Git is used to track changes in the source code, enabling multiple developers to work together on non-linear development.

2. What is a git repository?

Answer: A git repository is a file structure where git stores all the project-based files. Git can either stores the files on the local or the remote repository.

3. What does the command git config do?

Answer: The git config command is a convenient way to set configuration options for defining the behavior of the repository, user information and preferences, git installation-based configurations, and many such things.

For example:
To set up your name and email address before using git commands, we can run the below commands:

4. What does the git add command do?

5. How will you create a git repository?

6. What is the command used to delete a branch?

7. What are the Differences between git pull and git fetch.

8. How would you recover a branch that has already pushed changes in the central repository but has been accidentally deleted from every team member’s local machines?

Answer: We can recover this by checking out the latest commit of this branch in the reflog and then checking it out as a new branch.

9. What consists of a commit object?

Answer: A commit object consists of the following components:

10. Name a few Git commands with their function.

11. What are the advantages of using Git?

12. Which command is used to create an empty Git repository?

Answer: git init – This command helps to create an empty repository while working on a project.

13. What does the git push command do?

14. How do you resolve conflicts in Git?

Answer: Here are the steps that will help you resolve conflicts in Git:

15. What is the functionality of git ls-tree?

Answer: The git ls-tree command is used to list the contents of a tree object.

Answer: Git clone allows you to create a local copy of the remote GitHub repository. Once you clone a repo, you can make edits locally in your system rather than directly in the source files of the remote repo

Answer: Let’s say you’re a developer and you want to switch branches to work on something else. The issue is you don’t want to make commits in uncompleted work, so you just want to get back to this point later. The solution here is the Git stash.

Git stash takes your modified tracked files and saves them on a stack of unfinished changes that you can reapply at any time. To go back to the work you can use the stash pop.

18. What is the use of the git config command?

Answer: The git config command is used to set git configuration values on a global or local level. It alters the configuration options in your git installation. It is generally used to set your Git email, editor, and any aliases you want to use with the git command.

19. What is the functionality of the git clean command?

Answer: git clean is a convenient method for deleting untracked files in a repo’s working directory. Untracked files are those that are in the repo’s directory but have not yet been added to the repo’s index with git add.

Answer: SubGit is a tool that is used to migrate SVN to Git. It transforms the SVN repositories to Git and allows you to work on both systems concurrently. It auto-syncs the SVN with Git.

21. Explain the different points when a merge can enter a conflicted stage.

Answer: There are two stages when a merger can enter a conflicted stage.

If there are changes in the working directory of the stage area in the current project, the merge will fail to start. In this case, conflicts happen due to pending changes that need to be stabilized using different Git commands.

The failure during the merge process indicates that there’s a conflict between the local branch and the branch being merged. In this case, Git resolves as much as possible, but some things have to be fixed manually in the conflicted files.

22. What is the command used to fix a broken commit?

Answer: To fix a broken commit in Git, you may use the “git commit –amend” command, which helps you combine the staged changes with the previous commits instead of creating an entirely new commit.

23. How do you recover a deleted branch that was not merged?

Answer: To recover a deleted branch, first, you can use the git reflog command. It will list the local recorded logs for all the references. Then, you can identify the history stamp and recover it using the git checkout command.

24. What are the three main trees maintained by GIT?

25. What are the three main steps of working GIT?

GIT has the following three main steps in a simple workflow:

27. What are the four major protocols used by GIT for data transfer?

28. Is origin a special branch in GIT?

29. How can we rename a remote repository?

30. Do we have to store Scripts for GIT hooks within the same repository?

31. How can we attach an automated script to run in the event of a new commit by push command?

33. How does GIT provide flexibility in version control?

34. How can we convert git log messages to a different format?

35. What are the programming languages in which git hooks can be written?

Answer: In Git the hook scripts can be implemented using any language but Shell, Ruby, Perl and Python scripts are the most common as far as I know. The language of the script is determined by the shebang notation as it is usually in Linux-based software.

36. What are the three most popular versions of the git diff command?

Answer: The three most popular git diff commands are as follows:

37. What is GIT version control?

38. What is the command for Rebasing in Git?

40. What command will you use to delete a branch that has unmerged changes?

Answer: To forcibly delete an unwanted branch with unmerged changes, we use the following command:

41. What command will you use to delete a branch?

To delete an unwanted branch we use the following command:

42. How can we resolve a merge conflict in GIT?

When GIT reports merging conflict in a file, it marks the lines as follows:

43. How will you add a new feature to the main branch?

44. How will you create a new branch in GIT?

Answer: We use the following command to create a new branch in GIT:

Answer: The syntax used for rebase is “git rebase [new-commit] “

47. Is it necessary to push the commits to a server to conclude Git workflow?

Answer: No, it is not necessary to push the commits to the server

Answer: A branch diverges from another branch once an extra and different commit is included in the chain.

49. What are some alternatives to SubGit?

Answer: Some of the SubGit alternatives are as follows: