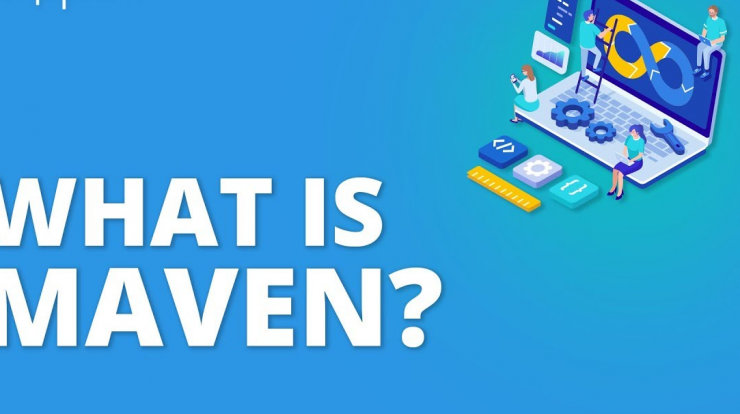 Maven, a Yiddish word meaning accumulator of knowledge, began as an attempt to simplify the build processes in the Jakarta Turbine project. There were several projects, each with their own Ant build files, that were all slightly different. JARs were checked into CVS. We wanted a standard way to build the projects, a clear definition of what the project consisted of, an easy way to publish project information, and a way to share JARs across several projects.

Moving to questions and answers

Answer: Maven is a popular open-source build tool developed by the Apache Group to build, publish, and deploy several projects. It is written in Java and is used to build projects written in C#, Scala, Ruby, etc.

This tool is used to develop and manage any Java-based project. It simplifies the day-to-day work of Java developers and aids them in their projects.

2. What are the phases of a Clean Life Cycle?

Answer: The phases of a clean life cycle include:

3.What do Build Life Cycles and phases imply in the basic concepts of Maven?

4. What does Maven help with?

Answer: Maven helps with the following:

5. What are the phases of a Site Life Cycle?

Answer: Snapshot refers to the version available in the Maven remote repository. It signals the latest development copy. Maven inspects for a new version of Snapshot in the remote repository, for every new build.

The snapshot is updated by the data service team with an updated source code every time to the repository for each Maven build.

7. What are the different elements that Maven takes care of?

Answer: In the process, it takes care of the following:

8. What is the difference between ANT and Maven?

9. What is meant by Maven Plugins?

10. What types of projects are available in Maven?

Answer: Project Object Model (POM) refers to the XML files with all the information regarding project and configuration details.

12. Why are Maven Plugins used?

Answer: Maven Plugins are used to:

13. What is a Maven Archetype?

15. What are the types of Maven Plugins?

Answer: There are two types of Maven Plugins:

16. What is the command to create a new project based on an archetype?

17. What are the minimum required elements for POM?

Answer: The minimum required elements for POM are:

Answer: A build tool is essential for the process of building. It is needed for the following procedures:

19. What is the difference between Convention and Configuration in Maven?

20. Why is it said that “Maven uses convention over configuration”?

21. What are the steps to install Maven on Windows?

Answer: To install Maven on Windows, observe the following steps:

22. What is Maven’s order of inheritance?

Answer: The order of inheritance in Maven is:

23. What is meant by the term ‘Dependencies and Repositories’ in Maven?

24. What are the steps to install Maven on Ubuntu?

Answer: To install Maven on Ubuntu, observe the following steps:

25. What is the ‘Goal’ in the Maven terminology?

27. What is the command to install JAR files in the Local Repository?

29. What are the different types of Build Profiles?

Answer: There are three different types of build profiles:

30. How do you know the version of Maven being used?

31. What is meant by the term ‘System Dependency’?

32. What is the reason for using an Optional Dependency?

Clean: The clean lifecycle looks after project cleaning.
Default: The default lifecycle handles the project deployment.
Site: The site lifecycle refers to the creation of the project’s site documentation.

34. What is a Maven Repository?

Answer: Maven repositories refer to the directories of packaged JAR files that contain metadata. The metadata refers to the POM files relevant to each project. This metadata is what allows Maven to download dependencies.

There are three types of repositories:

36. What is meant by ‘Transitive Dependency’ in Maven?

37. How does Maven Architecture work?

38. How can a Maven Build Profile be activated?

Answer: A Maven build profile may be activated in the following ways:

39. What is meant by ‘Dependency Exclusion’?

Answer: The exclusion element is used to exclude any transitive dependency. The concept says if X depends on Y and Y depends on Z, then X can be marked Z as excluded.

40. What is Maven Build Lifecycle?

Answer: Maven lifecycle is a collection of steps that are to be followed, to build a project. There are three built-in build lifecycles:

Answer: MOJO can be defined as a Maven plain Old Java Object. Every MOJO is an executable goal in Maven, and a plugin refers to the distribution of such MOJOs. MOJO enables Maven to extend the functionality that is already not found in it.

42. What is the command to produce a new project based on a hard drive?

43. What are the different phases in the Maven Build Lifecycle?

44. What is the Maven settings.xml file?

It contains the following configurations:

46. Which command is used to build a Maven site?

Answer: mvn site command is used to build a Maven site
The resulting site, by default, is target/site/…

47. What is meant by Maven build lifecycle? Name these cycles.

Answer: A Maven build life cycle comprises of certain phases. It determines the order in which the Maven goals need to be performed. If a particular phase is to be accomplished, then all the previous phases prior to that particular phase need to be run successfully in sequence.

Maven build life cycles are listed below as the followings:

Clean: Removes the artifact produced from the preceding build processes.
Default: Deployment and build process is taken care of.
Site: Project documentation is carried out in this cycle.

48. Where are Maven dependencies stored?

49. What are the different conventions used while naming a project in Maven?

Answer: The full name of a project in Maven includes:

Answer: Maven Artifact refers to a file, usually a JAR that gets deployed to a Maven repository. The tool creates one or more artifacts, such as a compiled JAR and a source JAR.

Every artifact has its groupID, an artifact ID, and a version string. These three together identify the artifact. For example:

com.your.package, any name, and a version string (to uniquely identify).