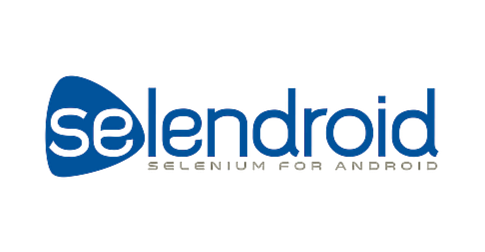 The Selenium is a collection of different tools and has contributions from different notable people. The long history of the selenium project has different stages with key individuals contributing immensely to the growth at different stages. Selenium was initially developed by Jason Huggins in 2004 while he was working as an Engineer in ThoughtsWork on a web application that requires frequent testing. He created the program using JavaScript, after using it he realized the shortcomings of manual testing and the need to curb monotony. He originally named the program JavaScriptTestRunner but after realizing the potential of the program, he made it an open-source program which he re-named Selenium Core.

Selendroid is an open-source automation framework that drives off the UI of Android native, hybrid, and mobile web applications. It is based on the Android instrumentation framework. Furthermore, the tests are written using the API of the Selenium 2 client otherwise called as Selenium web driver. As a result, the existing Selenium framework is still reused by Selendroid. It also can be integrated with the selenium grid for parallel execution on multiple nodes.

6) Explain the design concept of Appium?

8) Explain the pros and cons of Appium?

9) Explain what is APPIUM INSPECTOR?
Similar to the Selenium IDE record and Playback tool, Appium has an “Inspector” to record and playback. It records and plays native application behavior by inspecting DOM and generates the test scripts in any desired language. However, Appium Inspector does not support Windows and uses UIAutomator viewer as its option.

16) What Are The Advantages Of Using Appium?
It allows you to write tests against multiple mobile platforms using the same API.
You can write and run your tests using any language or test framework.
It is an open-source tool that you can easily contribute to.

17) What Is Appium’s Strongest Point?
Appium is based on Selenium which is an HTTP protocol by Google designed to automate browsers. The idea is actually very nice as automating an app (especially a webview-based one) is not so different (in terms of required APIs) from automating a browser.

Appium is also designed to encourage a 2-tier architecture: a machine runs the test written in one language ([csharp], [ruby], [javascript] are only a few among the many supported ones) and another one (the test server) actually executes it. Furthermore the WebDriver protocol targets scalability (because based on HTTP), this makes Appium very scalable as well; remember that you will need to write your test once, Appium will be in charge of executing it on more platforms.

18) What Is The Appium Philosophy?
R1. Test the same app you submit to the marketplace
R2. Write your tests in any language, using any framework
R3. Use a standard automation specification and API
R4. Build a large and thriving open-source community effort

19) Why Do The Appium Clients Exist?
We have the Appium clients for 3 reasons:

Ultimately, the only reason for the clients will be #2. And even that is actually evidence that we are conforming to the WebDriver spec (by implementing the extension strategy it recommends) rather than departing from it. The Appium clients are the easiest and cleanest way to use Appium.