Deployment tools with useful features are vital for end-to-end automation and streamlining of the product development process for various platforms including constant updates. Software Developers are eager to automate the process and take maximum advantage of their time in solving real-world problems.

Octopus is a friendly automated deployment system for dot net developers. It’s easy to automate the deployment of NodeJS application, Java applications, and ASP.Net web applications. It is a tool that works by organizing the infrastructure into the groups and groups are called as environments. It takes care of Dev, QA, acceptance testing and production deployments.

Puppet is an open source IT automation tool that allows IT organizations to encode the configuration of services. It is designed for system administrators. It was first released in 2005. The puppet gives you an automatic way of inspecting, distributing, operating and future proofs of all your infrastructure and software. Puppet is supported on all major platform like Unix or Linux distribution, including Red Hat, CentOS, Ubuntu, Debian, SUSE, Solaris, OS X, FreeBSD, HP-UX and AIX.

Chef is a configuration management tool. It deals with machine setup on physical servers, virtual machines and in the cloud. Many companies use Chef tool to control and manage their infrastructure. Chef is a strong alternative to experienced DevOps teams who want to automate their development and deployment infrastructure.

Ansible is an open source Configuration management, application deployments, and service orchestration tool. It uses playbooks to deploy, manage, build, test and configure anything from full server environments to the custom compiled source code for applications.
Ansible provides some features:

UrbanCode is Application Release Automation software. It is made up of two main components IBM UrbanCode Release and IBM UrbanCode Deploy. Udeploy is a tool for automating application deployments through your environments. 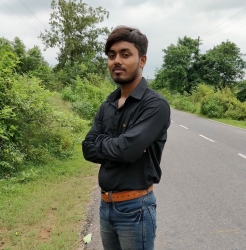