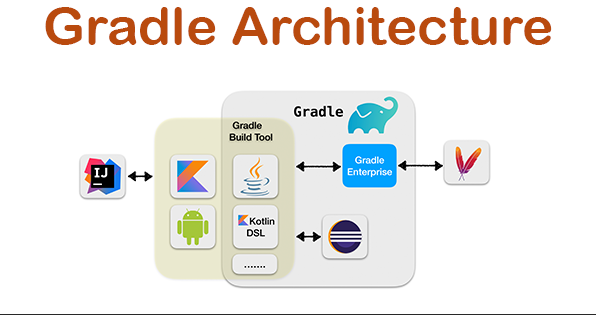 Gradle supports single and multi-project builds. During the initialization phase, Gradle determines which projects are going to take part in the build, and creates a Project instance for each of these projects. Gradle is a build automation tool for multi-language software development.

Use case of Gradle?

Gradle is used as a build tool for the application codebase. Used for both compiling and packaging the artefacts for the projects. Its a good alternative for the Maven build mechanism and dependency management.

Feature and Advantage of using Gradle.

There are some advantage of Gradle

Here is one of the best alternative of Gradle

Here is top 10 resource of Gradle

Interview Questions and Answer for Gradle

What is Gradle Framework?

It is a type of automated build system which is open source and creates builds on the concepts of Apache Ant and Maven.

What are the benefits of working with Gradle?

What is the file name built by Gradle?

Build.gradle is the name of the file name that Gradle builds.

How can you include Gradle dependencies?

As per information presented on Payscale, the average salary for an Gradle Developer in India is ₹3,76,000 per year (₹508.68 per hour). Gradle developer salary in India can range from ₹154k to ₹991k.