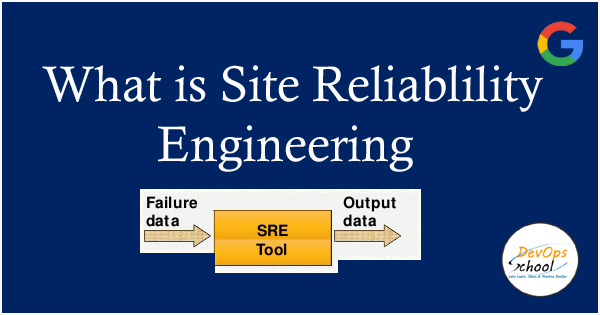 SRE is a Site reliability engineering its produced by Google in 2003 prior to the DevOps movement, when the first team of software engineers was tasked to make Google’s then its already large-scale sites more reliable, efficient and scalable. S SRE is only for cloud-native and SaaS companies. Just as DevOps culture has permeated a wide range of industries, the site reliability engineering role is expanding well beyond the tech industry.

SRE eventually became a full-fledged IT domain, aimed at developing automated solutions for operational aspects such as on-call monitoring, performance and capacity planning, and disaster response. It complements beautifully other core DevOps practices, such as continuous delivery and infrastructure automation. Nowadays many big companies adopt this technology as Amazon and Netflix, also adopted them and brought new practices to the table.

Why to use SRE tools?

Site reliability engineers create a bridge between development and operations by applying a software engineering mindset to system administration. Site reliability engineers (SRE) is a trending course of traditional IT and software development. If you are a systems engineer and want to improve your programming skills, or if you are a software engineer and want to learn how to manage large-scale systems, this role/course is for you. Deepening your knowledge in both areas will give you a competitive edge and more flexibility for the future.

Basically, SRE teams are made up of software engineers who build and implement software to improve the reliability of their systems. SRE solves the problems between teams, expectation both SRE teams and development teams holistic view of libraries, front end, back end, storage, and other components. SRE helps Companies find a balance between reliability and innovation. SRE leverages the skills of developers and sysadmins to build stronger more balanced systems. Collaboration between these two disciplines is integral to developing high-quality software.

Which is better SRE & DevOps?

In case you’re asking which is better you’re the wrong question. Google accordance DevOps as a programming language interface and SRE as a programming class used to implement DevOps. The philosophy of DevOps may define the overall behavior of a service management framework, with the specific implementation strategy left up to the author. SRE, then, is a prescriptive approach to implement, measure, and achieve DevOps objectives. SRE helps companies find a balance between reliability and innovation. Embrace risk: No service can be reliable 100% of the time, it’s an unrealistic and expensive goal. SRE culture understands that risk is a part of the game and the challenge is identifying what can go wrong and protecting systems from it.

Site reliability Engineering (SRE) has a great and promising future. SRE is one of the most IT skills in the IT sectors. The average salary for a software engineer in the United States is around $92,824 per year. At the entry level Site Reliability Engineer (SRE) with less than 1 year experience can expect to earn an average total compensation (includes tips, bonus, and overtime pay) of $82,816 based on 37 salaries. An early career Site Reliability Engineer (SRE) with 1-4 years of experience earns an average total compensation of $104,784 based on 366 salaries.

In this video you can see more information about SRE Engineering.