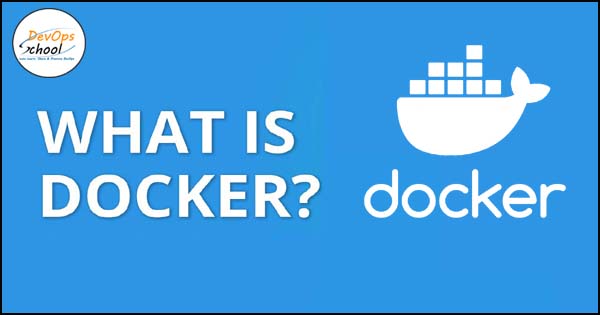 Docker is an open-source platform for developers and sysadmins to build Application, ship, and run distributed applications which can run virtually anywhere. Docker containers are easy to deploy in the cloud. Docker is a tool that’s that is executed to benefit both developers and administrators for making part of many DevOps structures (Developers + Operations) tool-chains. Docker has been structured such that it very well way as DevOps applications, including Puppet, Chef, Vagrant, and Ansible, or it can be used on its own to manage development environments. Docker brings several new things to the table that the earlier technologies its help to make it easy for developers to quickly create ready to run containerized applications and it makes managing and deploying applications much easier.

Why do adopting Docker?

Nowadays lots of company moving and adopting Docker platform, and many organization are interested in containers and want to adopt Docker. Docker containers for a variety of use cases. Our developers are using Docker to create a scalable, parallelizable and rapidly deployable test infrastructure for DART, NASA’s mission. And other of the Pinterest, a user that deployed Docker to improve the production Machine learning system etc, and some of the developers are using docker EE for a variety of mission-critical applications. By using Docker EE for legacy application modernization, MetLife projects savings of 66% across nearly 600 of its applications, enabling the 150-year old company to self-fund innovation projects.

There are some of the keys which showing real adoptions of Docker.

The future of Docker Developers is very bright Docker is increasing day by day. Technology is vast and the demand for Docker software developers and programmers is also high in the market. Docker methodologies are itself changing with new tools and technologies coming in. It’s a huge and fast-growing area. Docker highly paid but you need to be master in Docker. It’s populated recently and demand for Docker is high in the market in comparison of other jobs. There are so many options available to choose as a career path in software development. Companies are currently moving towards a programmatic approach to application security, Docker development, Containerization automation that embeds security in the early stages of the software development lifecycle.

The role of Docker engineer has seen a 225% jump in postings on indeed” according to an SD times report. According to indeed and angels, 80% of the companies pay more than $90000 starting salary to a Docker, DevOps engineer. Also, 35% pay at least $115000 and 17% more than $125000. There are multiple factors that affect salary, for example, geography, skills, company so it’s adapting. An entry-level Docker Engineer with less than 1 yr of experience can expect to earn an average total package of INR 364926. Since there are so many companies that are using Docker the demand will be pretty high. So Docker Engineer demand is high and their future is too much bright.

In this video, we are going to explore more information about Docker.