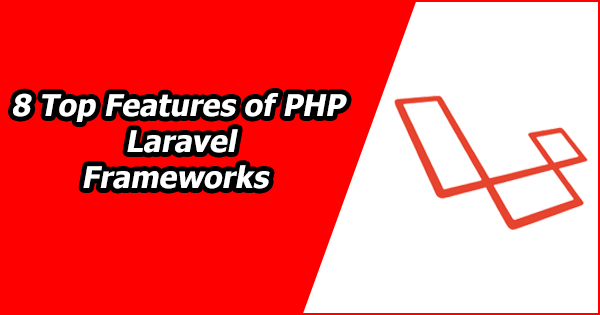 The best features of PHP Laravel frameworks that make it popular among custom software developers and businesses alike:

Laravel offers a built-in tool for the command line is known as Artisan which allows performing the majority of those tedious and repetitive programming tasks that many PHP developers avoid performing manually.

Laravel framework offers the Eloquent ORM that includes a simple PHP Active Record implementation. An ORM is relatively faster than all other PHP frameworks.

The MVC pattern of laravel ensures clarity of logic and presentation. This architecture support helps in improving the performance, allowing better documentation, and has multiple built-in functions.

Laravel migration system helps to expand the structure of the database of the web application without re-creating every time developers make a change.

Many web app developers like Laravel due to the way it facilitates unit testing. This framework of PHP web development is capable of running many tests to ensure that new changes done by programmers do not unexpectedly break anything in the web application.

All the above-mentioned features make PHP Laravel framework awesome and highly preferred framework. This framework is continuously becoming popular among developers and businesses for its unique, classic architecture, where developers create their own infrastructure that is specifically designed for their application.