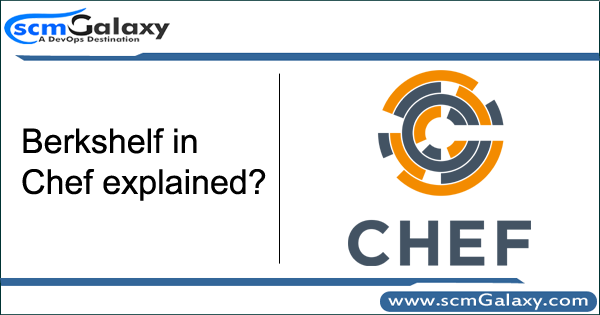 Configuration Management using chef is being implemented with the help of desire files, which is often called a “cookbooks” in chef. Usuallay separate cookbooks is written in practice for each module so its easy to maintain. Also, there are good numbers of cookbooks which is being used from community portal which is from supermarket.chef.io.

Berkshelf is included in the Chef Development Kit.

Quick Start
Running “chef generate cookbook” will, by default, create a Berksfile in the root of the cookbook, alongside the cookbook’s metadata.rb. As usual, add your cookbook’s dependencies to the metadata:

The default Berksfile will contain the following:

Now, when you run “berks install“, the apt cookbook will be downloaded from Supermarket into the cache…

Important Notes
For new users, we strongly recommend using Policyfiles rather than Berkshelf. Policyfiles provide more predictability, since dependencies are only resolved once, and a much improved way of promoting cookbooks from dev to testing, and then to production. Note that Policyfile is not supported as part of a Chef Automate workflow.