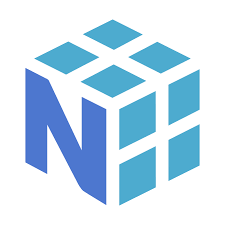 let’s start with questions and answers

4. The most important object defined in NumPy is an N-dimensional array type called?

5. Name a few use cases where NumPy is useful.

6. How is the seed function used in NumPy?

Answer: NumPy is the fundamental package for scientific computing in Python. It is a Python library that provides:

8. What is the difference between ndarray and array in NumPy?

9. What are the differences between np.mean() vs np.average() in Python NumPy?

10. What does NumPy mean in Python?

Answer: NumPy (pronounced /ˈnʌmpaɪ/ (NUM-py) or sometimes /ˈnʌmpi/ (NUM-pee)) is a library for the Python programming language, adding support for large, multi-dimensional arrays and matrices, along with a large collection of high-level mathematical functions to operate on these arrays.

Answer: NumPy is an open-source numerical Python library. NumPy contains a multi-dimensional array and matrix data structures. It can be utilized to perform a number of mathematical operations on arrays such as trigonometric, statistical, and algebraic routines. NumPy is an extension of Numeric and Numarray.

12. How to import numpy in python?

19. How to identify datatype for a numpy Array?

Answer: NumPy was created to do numerical and scientific computing in the most natural way with Python.

23. How to find the percentile scores of a numpy array?

27. How to get the common items between two python numpy arrays?

28. Does Numpy/scipy Work With IronPython (.net)?

Answer: Some users have reported success in using NumPy with Ironclad on 32-bit Windows. The current status of Ironclad support for SciPy is unknown, but there are several complicating factors (namely the Fortran compiler situation on Windows) that make it less feasible than NumPy.

29. Why Not Just Have A Separate Operator For Matrix Multiplication?

Answer: From Python 3.5, the @ symbol will be defined as a matrix multiplication operator, and Numpy and Scipy will make use of this. This addition was the subject of PEP 465. The separate matrix and array types exist to work around the lack of this operator in earlier versions of Python.

30. How Do I Count The Number Of Times Each Value Appears In An Array Of Integers?

Use numpy.bincount(). The resulting array is

The argument to bincount() must consist of positive integers or booleans. Negative integers are not supported.

31. What Is The Preferred Way To Check For An Empty (zero Element) Array?

If you are certain a variable is an array, then use the size attribute. If the variable may be a list or other sequence type, use len().

The size attribute is preferable to len because:

33. What is the difference between matrix and array?

Answer: Array:-
It is a collection of elements.

Matrix:-
Is the simple row and column and both are different things in different spaces.
Here a collection of single dimension arrays is called a matrix.

34. How to Install Numpy library?

Following are the steps to Install the NumPy library on a Windows PC.

35. How to import numpy library in your code?

Answer: When writing your code you will need to import the NumPy library in your program as the first line of code. The syntax to import any library is very simple and it can be done by using the import keyword as given below.

36. What are the pros of Numpy Arrays over Python arrays and lists?

nan, short for “not a number”, is a special floating point value defined by the IEEE-754 specification along with inf (infinity) and other values and behaviours. In theory, IEEE nan was specifically designed to address the problem of missing values, but the reality is that different platforms behave differently, making life more difficult. On some platforms, the presence of nanslows calculations 10-100 times. For integer data, no nan value exists. Some platforms, notably older Crays and VAX machines, don’t support nan whatsoever.

Despite all these issues NumPy (and SciPy) endeavor to support IEEE-754 behaviour (based on NumPy’s predecessor numarray). The most significant challenge is a lack of cross-platform support within Python itself. Because NumPy is written to take advantage of C99, which supports IEEE-754, it can side-step such issues internally, but users may still face problems when, for example, comparing values within Python interpreter. In fact, NumPy currently assumes IEEE-754 behavior of the underlying floats, a decision that may have to be revisited when the VAX community rises up in rebellion.

Those wishing to avoid potential headaches will be interested in an alternative solution which has a long history in NumPy’s predecessors – masked arrays. Masked arrays are standard arrays with a second “mask” array of the same shape to indicate whether the value is present or missing. Masked arrays are the domain of the numpy.ma module, and continue the cross-platform Numeric/numarray tradition. See “Cookbook/Matplotlib/Plotting values with masked arrays” (TODO) for example, to avoid plotting missing data in Matplotlib. Despite their additional memory requirement, masked arrays are faster than nans on many floating point units.

48.Print Range Between 1 To 100 and show 4 integers random numbers