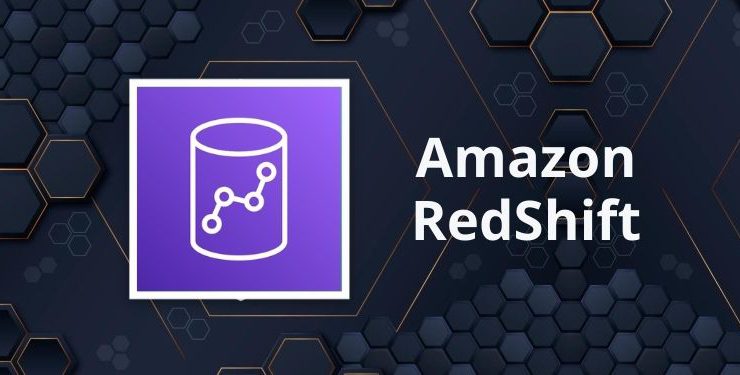 Amazon Redshift is a data warehouse product which forms part of the larger cloud-computing platform Amazon Web Services. Amazon Redshift is a fully managed, petabyte-scale data warehouse service in the cloud. You can start with just a few hundred gigabytes of data and scale to a petabyte or more. This enables you to use your data to acquire new insights for your business and customers. It is built on top of technology from the massive parallel processing (MPP) data warehouse company ParAccel, to handle large scale data sets and database migrations.

Amazon Redshift is a relational database management system (RDBMS), so it is compatible with other RDBMS applications.

Amazon Redshift is totally based on an older version of PostgreSQL 8.0.2, and later Redshift has made changes to that version. An initial beta was released in November 2012 and a complete version available on February 15, 2013. The service can handle connections from most other applications using ODBC and JDBC connections. Amazon Redshift has the largest Cloud data warehouse deployments, with more than 6,500 deployments.

How does Amazon Redshift works?

Redshift configured either as a single Node of 160GB, or it could be multi node clustered solution with a ‘Leader’ node that manages client connections and receives queries, in front of up to 128 Compute Nodes which store the data and perform queries. Redshift uses advanced compression technology that compresses columns by individually in the database to achieve significant compression relative to traditional relational database stores.  By this the data stored in Redshift consumes less storage space compared to competing technologies.

Redshift leverages MPP technology of that the data and query workloads are automatically distributed across all compute nodes, enabling Redshift to resolve complex queries across large datasets quickly and efficiently.

This Node is responsible for the execution plans and also for intermediate results are sent to the leader node for aggregation before sending back to the client application. It can have up to 128 compute nodes.

What are the main features of Amazon Redshift?

The users can launch Redshift within VPC and control access to the cluster through the virtual networking environment.

Data stored in Redshift can be encrypted and configured while creating tables in Redshift.

SSL encryption is used to encrypt connections between clients and Redshift.

With a few simple clicks, the number of nodes can be easily scaled in your Redshift data warehouse as per requirement. It also allows to scale over storage capacity without any loss in performance.

Amazon Redshift is a cost-effective alternative to traditional data warehousing practices. There are no up-front costs, no long-term commitments and on-demand pricing structure.

How secure is data stored in Amazon Redshift?

Redshift maintain multiple up to 3 copies of the data stored in a Redshift Data Warehouse. Also with 1 day backup retention is enabled by default, but the backup retention can be increased up to 35 days, it depends. It can also asynchronously replicate its data to Amazon S3 storage in another AWS region in case of disaster recovery purposes.

Data in a Redshift data warehouse is stored encrypted both at rest and in transit.  At rest data isn encrypted with an AES-256 algorithm features, while SSL takes care of encrypting data in transit.  Amazon Redshift takes care of encryption key management by itself, but also users can manage their keys via a HSM known as Hardware Security Module or using the AWS KMS known as Key Management Service.

How resilient is an Amazon Redshift Data Warehouse?

Amazon Redshift is only available as a single availability zone deployment in current situation.  However, in the event of an outage, Redshift snapshots can be deployed into a different availability zone to get back up and running quickly, awesome.

When would you would like To Use Amazon Redshift?

Amazon Redshift is employed once the info to be analyzed is thumping. The info has got to be a minimum of a petabyte-scale (1015 bytes) for Redshift to be a viable resolution. The MPP technology employed by Redshift will be leveraged solely at that scale. On the far side the dimensions of knowledge, there square measure some specific use cases that warrant its use.

Many firms ought to build selections supported period information and infrequently ought to implement solutions quickly too. Take Uber as an example.

Based on historical and current information, Uber has got to build selections quickly. it’s to make a decision surge evaluation, wherever to send drivers, what route to require, expected traffic, and an entire host of knowledge.

Thousands of such selections got to be created each minute for a corporation like Uber with operations across the world. The present stream {of information of knowledge of information and historical data has got to be processed so as to form those selections and guarantee swish operations. Such instances will use Redshift because the MPP technology to form accessing and process information quicker.

The data of a company must be handled by plenty of various individuals. All of them aren’t essentially information scientists and cannot be acquainted with the programming tools employed by engineers.

They can accept elaborate reports and data dashboards that have associate degree easy-to-use interface. Extremely useful dashboards and automatic report creation will be engineered mistreatment Redshift. It will be used with tools like Amazon quick sight and conjointly third-party tools created by AWS partners.

Behavior analytics could be a powerful supply for helpful insights. Behavior associate degree analytics offer data on however a user uses an application, however they act with it, the period of use, their clicks, device information, and a embarrassment of different information. the info will be collected from multiple sources — together with an online application used on a desktop, portable, or pill — and may be mass and analyzed to achieve insight into user behavior. This coalescing of complicated information sets and computing data will be done mistreatment Redshift.

Redshift may be used for ancient information reposition. However solutions just like the S3 Information Lake would possible be higher suited to that. Redshift will be accustomed perform operations on information in S3, and save the output in S3 or Redshift.

How do AWS charge for Amazon Redshift?

Like all available AWS services, in case of Amazon Redshift users have to pay only for what they use.  AWS Redshift do not charge for the Leader node in a Redshift cluster.  Compute nodes are billed by the hour, and you will also be charged for data backup and data transfer. AWS claim that Amazon Redshift is at least 40% cheaper than all other cloud data warehouses available, with 1TB of data costing only approx. $900 per year.

Finally, Amazon Redshift has so many good selling points and there are many reasons to make most of it. Especially if you are already on the AWS ecosystem, this managed data warehouse is especially attractive. Although Redshift comes with many advantages, there are some other points to consider when deciding on what solution to choose.

I hope you find this particular blog informative and helpful. Thank You!!