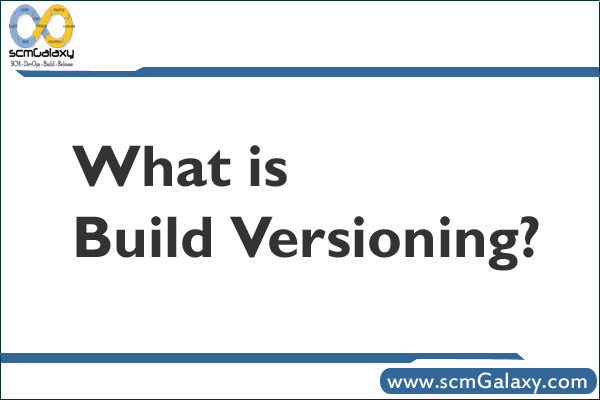 Version:  It is a set of code to which major/minor or a Patch of changes is made. Hence we say a build is released to the QA team for testing. Version is normally the Proper number given for the final package after fixing all issues. Normally in most Cases both numbers, version & build are given in order to release a product.

For example, if you see MSN Messenger About box the version
number is given as:

Now if you check the Version number there are 4 different head for this release. Starting from left 3.8.0 is the main version number, and .139 is the Build number which is linked with Version number.

Build:  It is a set of code in executables to which changes are made which is mile stone, Release candidate or general availability based. Build is a complete setup package which is developed

For Internal use, mostly for QA Purposes, if there are issues then they are fixed and new Build number is given to package.

Version Number to the Build will be Application Packaging team or the Team in charge of Releasing in most of the situations; sometimes it was also done by the Development Team.

The version is not necessarily to be incremented by one number, sometimes it is also incremented in the points, this will happen in the case of Defects found in the current build or testing activity abandoned due to application not stable.

Version number is one of the important things in build release as it keeps track of all changes in the code.

Process:
Once the Dev team develops a build, this is sent to the configuration management team. They maintain a document, of version, the change, module, release details etc. This detail of build is stored in server and viewable by all. So that whenever there is a issue, it is enough if we have a look at the history and pull out that particular version and deliver.

Why do we need?
•    To revert back to old working condition Executables
•    To Maintain the Bug fixes and Enhancement Record with particular label
•    To Keep Track of major/minor or a Patch of changes is made.
•    To have the Process of Achieving Milestone Achieved
•    To have Better Transition between QA, Dev and Release Team
•    To Make the  Build and release process Smooth with milestone achieved.