The word “DevOps” was coined in 2009 by Patrick Debois, who became one of its gurus. The term was formed by combining “development” and “operations,” which provides a starting point for understanding exactly what people typically mean when they say “DevOps.” Notably, DevOps isn’t a process or 8m a technology or a standard. Many devotees refer to DevOps as a “culture.Importantly, the meaning of DevOps has broadened to be an umbrella term for the processes, culture, and mindset used to shorten the software development life cycle, using fast feedback loops to deliver features, fixes, and updates more frequently.

DevOps practices get more done, plain and simple. With a single team composed of cross-functional members all working in collaboration, DevOps organizations can deliver with maximum speed, functionality, and innovation.

Workers like to be productive and the time spent churning causes frustration and unhappiness. When people get rid of the unsatisfying parts of their job and can instead spend that time adding value to the organization, everyone benefits.

Explained Challenges:- Developers and system administrators don’t always see eye to eye on a lot of things, but they do agree that their customers on the business side of the house frequently pull them in different directions. On the one hand, business users demand change—new features, new services, new revenue streams—as fast as possible. At the same time, they also want a system that is stable and free from outages and interruptions. That creates a problem where companies feel like they have to choose between delivering changes quickly and dealing with an unstable production environment, or maintaining a stable but stale environment.

Developers are willing to push out software faster and faster—after all, that’s what they are typically hired to accomplish.Operations, on the other hand, knows that rapid-fire changes without proper safeguards could destabilize the system, which goes directly against their charter. 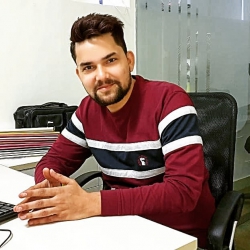