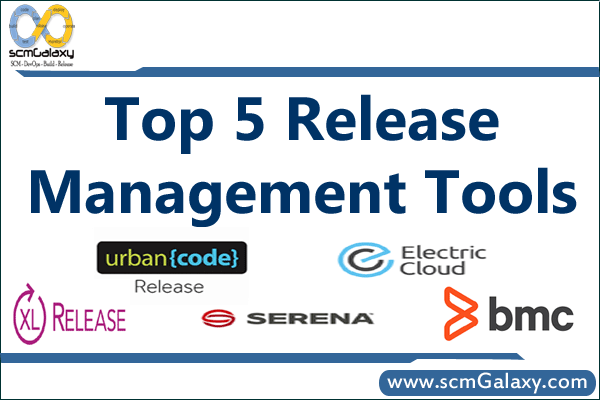 A release represents a number of activities in a certain time period, with people working on them

What is release management?

Release management is the process of managing, planning, scheduling and controlling a software build through different stages and environments; it includes testing and deploying software releases.

Release management is chiefly concerned with how changes flow through any pre-production environments. Release Management is all about enabling an organization’s systems and services to change to support evolving business needs. It is the process of coordinating the movement of project into production environments where they can be consumed by end-users. It helps organizations perform in a more efficient and timely manner by releasing updates to production more often and increasing the quality of those releases.

The release management process flow is fairly straightforward, though it can be broken down into six sub-processes that enable release management to be performed effectively, efficiently and safely to facilitate the flow of changes into the operations environment.

What are the benefits of release management?

Choosing the best release management tool is tricky because what works best for one development team may not meet another team’s needs. We’ve rounded up five of the best tools that can help many Dev teams streamline their workflow and optimize efficiency to deliver better software, faster.

It is an inexpensive software to get the single source of information on environment management and release management. It helps resolve environment conflicts and enable management to have single source of truth. Plutora improves the speed and quality of application delivery by correlating data from existing tool-chains, coordinating delivery across diverse ecosystem of development methodologies and hybrid test environments, and incorporates test metrics gathered at every step of the delivery pipeline.

XL Release is an end to end tool that helps pipeline orchestration for Continuous Delivery and DevOps teams. The tool acts as a workflow manager for the marketing, documentation, project management, and deployment scripts that combine to release a new major version. It can be sometimes used for minor releases but only if there is cross-team coordination.

Atlassian’s Bamboo is a continuous integration server that automates release management for applications and general software, allowing teams to establish a streamlined pipeline of build delivery. It ties automated builds, testing, and releases into an integrated workflow.

IBM’s UrbanCode Deploy is an application release automation tool that automates software deployment to local and cloud-based environments. The software allows seamless deployments to distributed data centers, cloud, and virtualized environments as often as needed — on demand or on schedule.

CA Release Automation is yet another tool that is used for Release Management which handle DevOps projects. It is an enterprise-class, continuous delivery (CD) solution that helps in automating complex, multi-tier release deployments. It is a dynamic application deployment tool which helps in regulating the application delivery across the enterprises.

GoCD is an open source continuous delivery server created by ThoughtWorks. GoCD offers businesses a first-class build and deployment engine for complete control and visibility. It was designed for continuous delivery and the concepts essential to this practice are built in at the core. Enterprise add-ons and professional support available from ThoughtWorks

XebiaLabs Deploy is a comprehensive application release automation solution. It is agentless across all target platforms, meaning that you can easily configure firewalls and security appliances, routers, mobile devices, and all the target systems you would normally have to install a proprietary agent to reach.

Octopus Deploy is a tool that can automate deployment for .NET applications. It comes with much of ease from the installation time itself, letting you choose to install on a server or on an Azure instance. Octopus Deploy further works along with your build servers to provide reliable, secure and automated releases of your .NET applications into various environments of your software development (be it Testing, Staging, UAT or Production environments) and be it on-premise or cloud environments.

Microsoft Azure DevOps is a toolset to deliver your software in a compliant and secure way to an on-premises or cloud environment.
In order to automate software testing and deployment, developers and DevOps build CI/CD pipelines or build/release pipelines that automate much of this activity.

A pipeline allows developers, DevOps teams and others to produce and deploy reliable code. In the Microsoft domain, the way to build a pipeline is with Azure DevOps with a feature called Azure Pipelines.

The Azure pipeline has a lot of capabilities such as continuous integration and continuous delivery to regularly and consistently test and builds our code and ship to any target.

Azure Pipelines help your team continuously deliver software to your customers at a faster pace and with lower risk. You can fully automate the testing and delivery of your software in multiple stages all the way to production, or set up semi-automated processes with approvals and on-demand deployments.

It is the latest method of creating and deploying software, plus it has brought a cultural shift in companies as well, which has led to the introduction of an agile approach in the software development life cycle. During the process code is taken in one end and is deployed on other ends after going through different processes.

CodePipeline automates the build, test, and deploy phases of your release process every time there is a code change, based on the release model you define.

Read more in details at Amazon.com

Jira has several powerful features for release management, including agile release cycles. Out of the box, a Jira workflow doesn’t include release management information. But since the Jira platform is completely flexible, you can add more statuses to track which issues are included in a specific release.

Jira software enable teams to bring versions from multiple projects onto a single Release board and define custom versions workflow, matching it to Releases/Unreleased statuses.

GitLab CI/CD (Continuous Delivery) service is a part of GitLab that build and test the software whenever developer pushes code to application. GitLab CD (Continuous Deployment) is a software service that places the changes of every code in the production which results in every day deployment of production.

For a successful DevOps team, automation is very essential and CI/CD pipelines play a huge role in achieving that goal. A CI/CD pipeline automates steps in the SDLC like builds, tests, and deployments.

Why use Gitlab CI/CD?

In this blog tutorial, we have tried to understand the process of Release Management also along with that, we have tried to understand the advantages that it brings to the table when it is introduced into the DevOps pipeline. We have gone through various products and also the features that these tools bring when introduced into your Organizational DevOps pipelines. Hope you have got all the required information that you were looking for in this article.