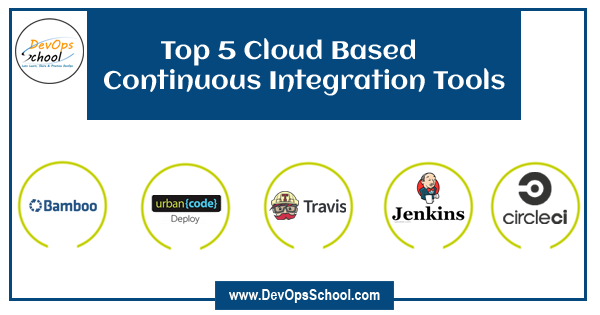 Bamboo is an automation server used for Continuous Integration it uses for automating the release management for a software application, creating a continuous delivery pipeline. Its allows to build the document, integrate test the source code and prepare an app for deployment. Bamboo helps to flexibility to use the various tools, easy to use graphical user interface and allows the developers tho use CI/CD methodologies.

In this video you can see more information about Bamboo tools

CircleCI is a Continuous integration cloud based system. CircleCI provides easy setup and maintenance without any difficulties. It’s used by software teams allowing them to build, test and deploy applications easier and quicker on multiple platforms. CircleCI attributes such as Github integration, fast builds, easy setup, slack integration, Docker support, and great customer support are most emphasized by developers. CircleCI comes with following features such as deep customization, quick setup, smart notifications, fast support, and automatic parallelization. It caches requirements installation and third-party dependencies instead of the installation of the environments.

In this video you can see more information about CircleCI

Travis is hosted continuous integration service used to build and test software projects hosted at GitHub and Bitbucket. Travis CI is one of the most powerful and easy to use Continuous Integration Tools out there. Travis supports many programming languages, therefore it provides default builds for each language. It is widely used for Delivery and Automation as well. Travis can handle everything from notifications to Integration with docker. Travis CI automatically detects when to commit has been made and pushed to a GitHub repository that is using Travis CI, and each time this happens, it will try to build the project and run tests.

Continuous Delivery on AWS With Terraform and Travis CI

In this video you can see more information about Travis

In this video you can see more information about UrbanCode Deploy

Jenkins is an open-source tool for perform Continuous integration and build automation it’s written in Java. It provides Continuous Integration services for software development, which can be started via command line or web application server. Jenkins is distributed as a WAR archive and as installer packages for the major operating systems, as a Homebrew package, as a Docker image, and as source code. The source code is mostly Java, with a few Groovy, Ruby, and Antlr files.

In this video you can see more information abut Jenkins