Appium was originally developed in 2011 by Dan Kueller under the name “iOSAuto”, written in the C# programming language. In August 2012 the program was open-sourced using the Apache 2 license. In January 2013, Sauce Labs agreed to fund the development of Appium and move its code to Node.

Appium is an open-source, cross-platform automation testing tool. It is used to automate test cases for native, hybrid, and web applications. The main focus of this tool is on both Android and iOS apps and it was limited to the mobile application testing domain only. Recently, a few updates back, Appium also announced that they would support testing desktop applications for Windows.

Appium is developed and maintained by Sauce Labs. Currently, Appium version 1.12 is being distributed. Appium first started out as a command-line-based testing service that can be installed using Node.js. In their latest release named ‘Appium Desktop’, they have released a robust and sophisticated tool with an intuitive graphical user interface. Appium Desktop comes with an Application Elements Inspector which you can see in my Appium tutorial.

How does Appium work aka Appium architecture?

Appium is an HTTP server written using a node. The JS client communicates with the server using a session, where key elements of the communication process are sent with the help of JSON objects. Communication is handled by the mobile JSON wire protocol.

Use case of Appium?

Appium Server is written in Node.js and uses a client-server architecture, in which client machines communicate with the server through a protocol.

To initiate an automation test session, the client machine sends a request to the Appium server via the JSON wire protocol. Test code can be written in many programming languages ​​such as Java, Ruby, Python, PHP, C#, and JavaScript. The Appium server then creates a new test automation session and invokes the appropriate iOS/Android driver. When the Appium server connects to the respective native testing framework, it will also begin to interact with the Bootstrap (bootstrap.jar/bootstrap.js) service, which is running on mobile devices, to perform user-like operations.

Feature and Advantages of using Appium?

Interview Questions and Answers for Appium

2) List Out The Limitations Of Using Appium?
Appium does not support testing of Android Version lower than 4.2

Limited support for hybrid app testing. E.g., not possible to test the switching action of application from the web app to native and vice-versa

3) What Platforms Are Supported?
Appium currently supports Android and iOS, no support for Windows, unfortunately.

7) What are the prerequisites to use Appium?
The pre-requisites that are used in Appium. They are listed below.

8) What are Mobile Web Apps?
There are mobile web pages that are those web apps that are accessed with mobile browsers. In the case of the IOS platform, Appium supports Safari and for the Android platform, Chrome or any other built-in browser is used.

9) What are native Apps?
An open-source tool that is required for mobile web, automating Native and hybrid applications on Android and IOS platforms is known as Appium which was in 2012. Appium is considered to be a cross-platform that will low you to write tests that are on multiple platforms like Android and IOS. They do this using the same API. This facility will enable you to reuse codes between Android and IOS test sites.

12) List the essentials you need to write the Appium test?
The essential things required are:

17) Which Language Should I Use To Write My Tests?
This is probably the best thing about Appium: you can write your tests in any language. Since Appium is nothing more than an HTTP server, a test that needs to be interfaced with Appium can simply use HTTP libraries to create HTTP sessions. You just need to know the Selenium protocol in order to compose the right commands and that’s it!

However, as you can imagine, there are already some libraries doing this for the most common languages and development frameworks out there: C#, [dotnet], [java], Ruby, [python], and Javascript are just a few examples; and they all are open source projects.

18) Name the Appium inspector?
Just like a selenium IDE playback and record tool, Appium consists of an inspector that is used to record and playback. With the help of this, you can record and play native application behavior which is achieved by inspecting DOM. It helps in generating the test scripts in any language that is preferred. But Appium Inspector does not have good support for Windows and they use UIAutomator viewer in the option. 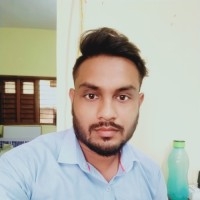