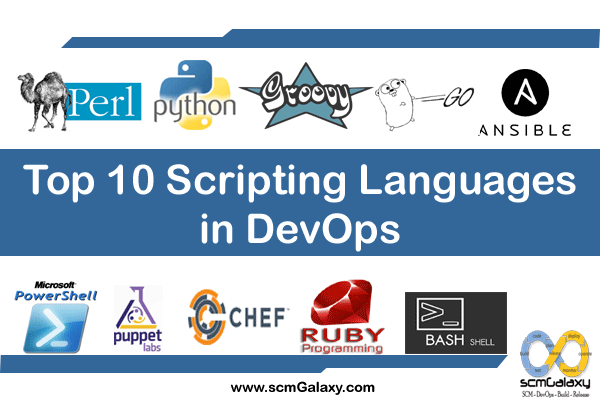 After reading this article you will be able to;

They both are high-level languages and use to instruct a machine. Now the question here is, if both are used for the same purpose then why we have two different names.

As far as the language structure concern they both are the same, in fact, we can say all scripting languages are programming languages.

So let’s try to understand what exactly is compilation and interpretation means.

Compiler takes the complete source file at once and converts it to the machine code with final executable which will be platform-dependent and can be run on the desired platform to produce desirable outputs. The interpreter also does the same thing to compile the high-level language to machine language, but it does it line by line at run time. Which means whenever it encounters the statement it converts the corresponding machine code which will be executed to produce output.

We can understand the difference between Programming and Scripting Languages with these points:

Is Programming or Scripting knowledge is required to learn DevOps?

In DevOps, we use so many tools to automate our tasks. Most of the DevOps tools are GUI based and some of the tools may be using scripting or commands to make it work. But programmers are going to write the codes and they will push it into the GIT or any similar tools. As a DevOps engineer, you need to create the CI/CD pipeline by using all the available tools in your infrastructure or in your work environment.

So, as a DevOps engineer, you don’t need to write any code. You will use multiple tools to make sure that codes are build appropriately and deployed in the target environment. Therefore, we can say, without programming knowledge you can fulfill your DevOps engineer role without any issues.

But, if you will have some understanding or knowledge of modifying the existing scripts or if you can write small-small programs then it is going to be really helpful in the long run. You don’t need to be a Coding master to switch your career in DevOps, even if you are non-programmer, you can go for it.

Python is amongst the top scripting languages which is used for high level programming. It was first released in the year 1991 by Guido van Rossum. It is a great choice these days for beginners up to professionals. Python is used for web development, data science, creating software prototypes, and various other things. It is available under Python Software Foundation License. It supports Cross-platform.

BASH is short for AKA Bourne-again Shell and it is a superset of Shell scripting. It is basically a command language which is available in open source and written by Brian Fox in the year 1989. It is mainly used by software developers and system admins to automate most of the tasks. It can read scripts and the most commonly used Unix shell. Bash supports Linux, Windows and Mac OS.

Go scripting language belongs to the Internet giant Google. This scripting language is written by Robert Griesemer, Rob Pike and Ken Thompson and it was released in the year 2009. It supports  Linux, macOS, FreeBSD, NetBSD, OpenBSD, Windows, Plan 9, DragonFly BSD and Solaris operating systems. It is available in open source.

Ruby is amongst one of the best programming language but it is also a scripting language which is written by Yukihiro Matsumoto in the year 1995. Ruby supports cross platforms and it is available under GPL and BSD license. It supports multiple programming paradigms, including functional, object-oriented, and imperative.

Groovy can be used as a scripting language and it is also consider as a top scripting languages for DevOps professionals. It was designed by James Strachan and developed by Guillaume Laforge, Jochen Theodorou, Paul King and Cedric Champeau. It was first released in the year 2003 and available under Apache license. It supports Java platform.

PERL (Practical Extraction and Reporting Language) is a high-level, interpreted, dynamic programming and scripting language written by Larry Wall and first released in the year 1987. It was specially designed for text editing. But these days broadly used for various purposes which includes system administration, network programming, web development, etc. Perl is quite popular for extracting data and generating reports.

JavaScript is the world’s most popular and widely used programming and client-side scripting language. It was developed as LiveScript by “Netscape” in the 1990s and renamed to JavaScript in the year 1995, and became an ECMA (European Computer Manufacturers Association) standard in 1997. It is an object-oriented language, and it has some commonalities in syntax to Java programming language. But, it’s not associated with Java in either way. JavaScipts add and enhance interactivity and dynamic consequences to the web pages by manipulating the content returned from a web server. If you are good at it then you can develop games, animated 2D and 3D graphics, comprehensive database-driven apps, and much more.

Terraform is developed by Hashicorp and it an open-source tool for building, changing, and versioning infrastructure safely and efficiently, written in go programming language. Professionals use various tools to automate the provisioning of software. Terraform works on the same principle, infrastructure as code, but focusses on the automation of the infrastructure itself. It can provision any application written in any language to any infrastructure.

Ansible is known as configuration management and application deployment tool but it can also be used to write scripts. It belongs to Red-Hat Enterprise Linux (RHEL) and written by its community members. Ansible uses playbook to describe automation jobs, and it uses very simple language like YAML (It’s a human-readable data serialization language & is commonly used for configuration files, but could be used in many applications where data is being stored) which is very easy for humans to understand, read and write.

Do you agree with this list? If not then feel free to respond in the comment box with your own take on the most essential scripting languages for DevOps professionals.

One more thing, I would like to add here, if you need help to learn all these scripting languages and DevOps culture than DevOpsSchool can help you with industry-standard training programs.

Mantosh Singh
I am working as a Training Development Manager in Cotocus, managing a team of Trainers, Consultants, and Experts who support DevOps, DevSecOps, Master in DevOps, Site Reliability Engineering (SRE) training, consulting and outsourcing projects for our Corporate clients and individuals.

In just 4 years of hard work and commitment to deliver results, our organization is continuously growing and serving 30+ clients globally. We ensure the highest levels of certainty and satisfaction through a deep-set commitment to our clients with our comprehensive industry expertise and a global network of innovative professionals. Our dedication towards delivering the right solution and approach has earned us top clients from the industry with the highest satisfaction rating.

We provide over 40 specialized programs on DevOps, Cloud, and Containers, DevSecOps, SRE, MDE that are focused on industry requirements and each curriculum is developed and delivered by leading experts in each domain and aligned to authoritative certification bodies.