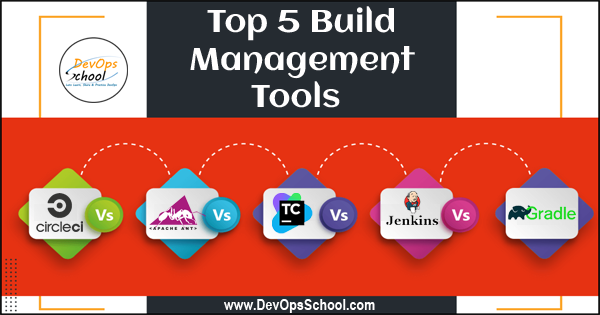 What is Build Automation tools?

Automated Build Tool is a software that compiles the source code to machine code. Automation tools using for the whole process of software build, deploy creation and other related processes like packaging binary code and running the automated test. Build automation tools are aimed to develop, integrate and provide a swift IT service delivery through improved communication between developers and operators. It has become an important part of software development in the testing process. Automation of IT and cloud infrastructure has become a must in modern times. The rapid automation process is led by the surge of effective and helpful IT/cloud automation tools in the market. Build Automation Tools provide the features of an extensive library of plugins, build & source code management functionalities, dependency management, parallel testing & build execution, and compatibility with IDE.

Apache is open-source server stage Apache is HTTP Server, it’s Developed and kept up by Apache Software. Apache is the webserver who enable to requests and serves web assets and content via HTTP. Apache MySQL is the database that stores all your information in an easily queried format, it’s available on a variety of operating systems, including Unix, Linux, GNU, FreeBSD, Netware, Solaris, Windows, Mac OS X, OS/2, TPF, and eCS. Apache server is to redirect any network requests, especially HTTP, to other applications. Apache is more fast, reliable, and secure. It can be highly customized to meet the needs of many different environments by using extensions and modules. It permits utilizing database servers, mail servers, File servers and web server utilization of an alternate sort of server programming. Every one of these applications can get to records put away on a physical server and use them for different purposes.

In this video you can see more information about Apache

TeamCity is a continuous integration instrument, it is written in java language. Its use for building and deploy for a different server. It is a Server-based application that’s very simple and easy to get familiar with and has a fantastic browser-hosted dashboard. It also provides build progress, drills down details, and history information on the projects and configurations. TeamCity permits you to run history builds, see statistics and take a look at history reports, additionally as a pin, tag, and add builds to favourites.

In this video you can see more information about TeamCity

Gradle is an open-source build automation tool that is designed to be flexible to build software its used for JVM languages such as Java, Groovy or Scala. Gradle is an extensive build tool and dependency manager for programming projects. Gradle can robotize the structure, testing, distributing, organization and a greater amount of programming bundles or different kinds of ventures, for example, produced static sites, created documentation etc.

In this video you can see more information about Gradle

CircleCI is Continuous Integration, a development practice which is being used by software teams allowing them to build, test and deploy applications easier and quicker on multiple platforms. CircleCI is the worlds largest shared continuous integration and continuous delivery (CI/CD) platform, and the central hub where code moves from idea to delivery. Continuous Integration (CI) is a development practise where developers integrate code into a shared repository frequently, preferably several times, its help to improve team productivity, release better products, and get to market faster.

In this video you can see more information about CircleCi

Jenkins is a free and open-source automation server it’s written in Java. It gives Continuous Integration administrations to programming advancement, which can be begun through order line or web application server. t is a process of running your tests on a non-developer (say testers) machine automatically when someone pushes new code into the source repository. It helps automate the parts of software development related to building, testing, and deploying, facilitating continuous integration and continuous delivery.

In this video you can see more information about Jenkins