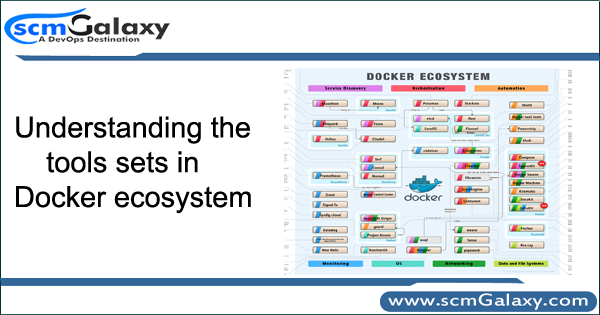 Docker Engine
Docker Engine is our lightweight and powerful open source containerization technology combined with a work flow for building and containerizing your applications.

Docker Client
The Docker client (docker) is the primary way that many Docker users interact with Docker. When you use commands such as docker run, the client sends these commands to dockerd, which carries them out. The docker command uses the Docker API. The Docker client can communicate with more than one daemon.
The CLI uses the Docker REST API to control or interact with the Docker daemon through scripting or direct CLI commands. Many other Docker applications use the underlying API and CLI.

Docker registry
A Docker registry stores Docker images. Docker Hub and Docker Cloud are public registries that anyone can use, and Docker is configured to look for images on Docker Hub by default. You can even run your own private registry. If you use Docker Datacenter (DDC), it includes Docker Trusted Registry (DTR). When you use the docker pull or docker run commands, the required images are pulled from your configured registry. When you use the docker push command, your image is pushed to your configured registry.

Docker Hub
Docker Hub is a registry service on the cloud that allows you to download Docker images that are built by other communities. You can also upload your own Docker built images to Docker hub.

Docker Store
Docker store allows you to buy and sell Docker images or distribute them for free. For instance, you can buy a Docker image containing an application or service from a software vendor and use the image to deploy the application into your testing, staging, and production environments. You can upgrade the application by pulling the new version of the image and redeploying the containers.

Docker Machine
Docker Machine is a tool that lets you install Docker Engine on virtual hosts, and manage the hosts with docker-machine commands. You can use Machine to create Docker hosts on your local Mac or Windows box, on your company network, in your data center, or on cloud providers like Azure, AWS, or Digital Ocean. Using docker-machine commands, you can start, inspect, stop, and restart a managed host, upgrade the Docker client and daemon, and configure a Docker client to talk to your host.

Docker Compose
Compose is a tool for defining and running multi-container Docker applications. With Compose, you use a YAML file to configure your application’s services. Then, with a single command, you create and start all the services from your configuration. To learn more about all the features of Compose, see the list of features. Compose works in all environments: production, staging, development, testing, as well as CI workflows.

Kitematic
Kitematic’s one click install gets Docker running on your Mac and lets you control your app containers from a graphical user interface (GUI). It easily search and pull your favorite images on Docker Hub from Kitematic GUI to create and run your app containers. It seamlessly switch between Kitematic GUI or Docker CLI to run and manage your application containers. It automatically map ports, visually change environment variables, configuring volumes, streamline logs and CLI access to containers.

Docker Sync
Developing with docker under OSX/ Windows is a huge pain, since sharing your code into containers will slow down the code-execution about 60 times (depends on the solution). Testing and working with a lot of the alternatives made us pick the best of those for each platform, and combine this in one single tool: docker-sync.
docker-sync is:

Docker Toolbox
Docker Toolbox is an installer for quick setup and launch of a Docker environment on older Mac and Windows systems that do not meet the requirements of the new Docker for Mac and Docker for Windows apps.

Docker Enterprise Edition (EE)
Docker Enterprise Edition (EE) 2.0 is the only enterprise-ready container platform that enables IT leaders to choose how to cost-effectively build and manage their entire application portfolio at their own pace, without fear of architecture and infrastructure lock-in. Docker’s container platform enables organizations to accelerate digital and multi-cloud initiatives by automating the delivery of legacy and modern applications using an agile operating model with integrated security. Because Docker EE includes services, support and training, organizations have a complete containerization strategy for supporting an ever-changing business environment.

Docker Swarm
A swarm is a group of machines that are running Docker and joined into a cluster. After that has happened, you continue to run the Docker commands you’re used to, but now they are executed on a cluster by a swarm manager. The machines in a swarm can be physical or virtual. After joining a swarm, they are referred to as nodes.

Docker Cloud uses the hosted Docker Cloud Registry, which allows you to publish Dockerized images on the internet either publicly or privately. Docker Cloud can also store pre-built images, or link to your source code so it can build the code into Docker images, and optionally test the resulting images before pushing them to a repository.