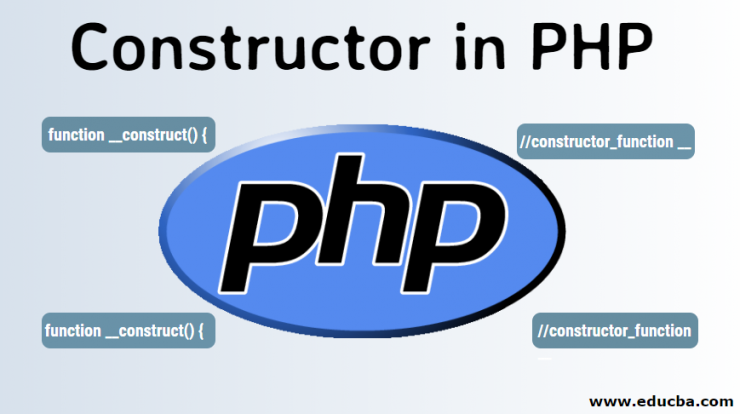 In this Tutorial, we are going to learn about Complete Tutorials of PHP OOP Constructor with Example code. Through this we will learn about the concept about constructor.  But first let me give you a brief explanation of what is Object-oriented programming (OOP)?

What is Constructor Function in PHP?

When we create a class instance object, we normally have to set the attribute values to individual values before we can utilize them effectively. Constructors are unique member methods that are used to build up freshly produced object instances from a class. They are an important aspect of PHP5’s object-oriented approach. When you create an object, you may use a Constructor function to set the properties of the object.

Whenever, you use __construct() function. PHP automatically executed this function When you create an object from a class.

Why do we need a constructor ?

As we know, a constructor is a specific function and it is run automatically when any subject of a class is set up, so that in our class we may profit from the constructor . Before utilizing it we may set the object up or start creating sessions so that we do not have to begin with each class method.

You can’t create class instances without a constructor. Imagine you can build the files class, but you can’t generate any files based on the class without constructors.

Some Advantages of using constructor:-

How to create a constructor in PHP?

PHP gives us a particular __construct() function for building an object.

The function __construct() has parameter to insert their values into our chosen attributes.

We may now insert a value between the parenthesis when constructing the class object. The value is subsequently assigned to the assignment.

Example 1- create a constructor with __construct()

In this Example, We want the constructor to produce the first and last name object instantly.

When creating the objects of both people, we feed their names right into the parenthesis, calling the constructor and assigning the names that we type to the attributes.

It enables us to save each attribute from the stage of doing this manually.

The output may be the same, but we can input a lot less code from the function.

What are the Types of Constructor in PHP?

In any object-oriented programming, three types of Constructor are mainly utilized. The following are listed:

What is Default Constructor?

This Constructor has no parameter and the name __construct() is declared. The standard values of the class members may be assigned and other class methods may be called dynamically using the default builder.

Output:- After running the code, the following output appears. The class object, $objuser, is declared using the default Constructor function __construct() and the class variables with default values are populated automatically.

Output:- After running the code, the next output is seen. The parameter-less built-in process User() is called automatically when the object in the class, $objuser has been defined, and class variables are populated with default values.

What is Parameterized Constructor?

The user-defined constructor that contains an argument is called a parameterized constructor. The parameter values of this builder are supplied when the object is being created and this constructor can also call the other methods of the class.

Example- A user-determined builder with a PHP code is shown in the following code. The function called User() comprises three parameters here which are used to store and initialize class variables with the provided values at the time of object creation. The display() method is used to output the variables of class.

Output:- After running the script, the next output is seen. Here, by utilizing a class object, the display() function is called.

In this Tutorial you have seen the clear concept of The usage of different types of constructors in object-oriented PHP has been presented in this tutorial by using simple examples to assist the readers know the properties of the function and use it effectively in their script. Thank you for being our learning partner.