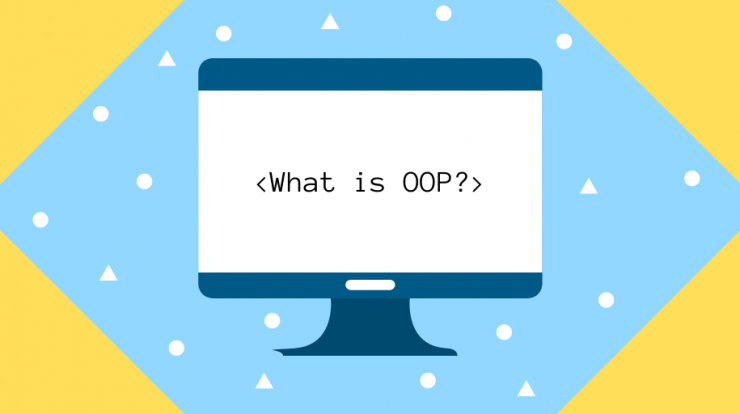 In today’s technological culture, knowledge in computer programming is highly needed for programming. The development and maintenance of software systems might be helpful with an understandings of object-oriented programming (OOP). The fundamental ideas of OOP are discussed in this article and discussed in examples that are easy to grasp.

What is Object-oriented programming (OOP)?

Object-oriented programming consists of combining a set of variables (properties) and functions (methods), which are referred to as an object. These things are arranged into classes in which individual items can be combined. OOP can enable you to consider the objects and the many activities in connection with the objects in a program’s code.

You can say in simple words, It is a technique to write computer programmes that use the concept of “Objects” to represent data and operations.

A good knowledge of OOPs ideas can aid with the development of decisions. How should an application be designed and what language should be used. The programming languages are several object-oriented programming, including JavaScript, C++, Java, and Python.

A class is an abstract plan for creating more particular, specialised items. Classes often include large categories, such as (Car) and (Dog) with properties in common. These classes specify what characteristics an instance like (colour) has for a certain object, but not the value of the attributes.

As a blueprint for creating particular objects, class templates are employed. These are certain abstract class examples, such as (myCar) or (goldenRetriever). Each object can have distinct values for the class specified attributes.

In order to include all the Car-properties (colour), (brand), and We developed a class, (car), and (model). Then we build an instance of an object (Car) type (myCar) that represents my particular car.

Then, without changing other things or the class template, we may set up the properties provided for the class to describe my car.

This class may be reused to represent any number of cars.

What are the principles of Object-oriented programming (OOP)?

Four key principles for object-oriented programming: Encapsulation, Abstraction, Inheritance and Polymorphism. Although these notions appear to be quite complex, it is helpful to grasp the overall structure of the way they function. Here are the four fundamental theories:

The idea of heritage in OOP allows a class to accept the properties of another class or to have (inherited). A class that inherits other class’s characteristics/methods is called a sub-class or derived class. Heritage decreases the degree of code redundancy, so the class may utilize other class methods without rewriting the codes. This also gives dynamic programming using the methods of the main class (also called the parent class). A subclass has the characteristics of a principal class and can contain other methods that are either entirely independent or may not be in the main class.

What is the Function of Inheritance?

When fundamental attributes and behaviors are established in a parent’s class, children’s classes may be developed to expand the parent’s class functionality and to add more attributes.

Example:- This difference is shown by establishing a parent class child class(HerdingDog) (Dog) and then adding a single behaviour of the {herd()}.

The following code contains the child class (HerdingDog) inherits a parent class method (bark) (Dog), and an extra method {herd()} is added by the child class.

The method {bark()} moves up the child’s chain in order to find out where the {bark} method is defined when the code uses a {fluffy.bark()} method.

This is the packaging of data and functions in classes correspondingly. Object-oriented programming enables a single package to combine data and functions together. This allows simple debugging and tracking of errors during programming. When a programmer is running and the interpreter finds a mistake, it makes it easy for the programmer to know precisely where to search and modify. Although it is possible to define functions and assign variables, like with procedural programming, there is no unit or structure meant to package them.

What is the Function of Encapsulation?

When an object is formed from the class, the data and methods are included in the object. Encapsulation hides internal software code implementation within a class and disguises internal information from inner objects.

Encapsulation requires certain fields to be defined in public and private.

Example:- Once again take the example of the Dog owner, Encapsulation is ideal so owners can’t access private information about other people’s dogs.

Abstraction in OOP allows information/access to be hidden as to how codes are applied, providing just the necessary access. These data are contained inside the definitions of objects. The counting method that works on list items is a classic example. A brief piece of information to notice here is that, given the same OOP notion, all Python I data types and structures are objects. In that respect, a list is a class constructed with methods for performing functions.

What is the Function of Abstraction?

A large security function is also played by abstraction. We safeguard the data against exposure solely by showing chosen data items and only enabling data access via classes and methods. in a car example, You wouldn’t want an open gas tank when driving a car to continue with the Car.

There are some benefits of abstraction which is mention below:

As its name indicates, polymorphism has numerous shapes. OOP permits the usage of the several kinds of methods I. Simply put, they pertain to the usage of methods, such that a method works differently for various objects. Polymorphic methods permits alternative actions to be performed in two ways: Method Overriding and Method Overloading.

The benefits of Polymorphism are:

Method Overriding:- Polymorphism of runtime employs overriding approach. A child class can implement another method than its parent class by overriding it. In the example of our dogs, we may desire a certain form of bark different from the generic sort of dog (TrackingDog).

Method Overloading:- The polymorphism compile time employs overloading approach. There might be the same name for methods or functions but distinct parameters have been given to the call method. Depending on the amount of parameters entered, different results may arise.

Why do we need Object-oriented programming (OOP)?

The fundamental principle is that you construct a class instead of creating a programme which contains variables and functions as a type of template. Objects are independent instances of that class, and you may have them interact with one other in an engaging and interesting way.

This type of encapsulation has the advantages of object-oriented programming. A comprehensive overview of some of the great advantages of OOP:-

What are the Benefits of Object-oriented programming (OOP)?

How to learn Object-oriented programming (OOP)?

There are many ways to learn about Object-oriented programming (OOP) like Video Tutorials on YouTube, Notes, Blogs, Articles, etc. I have share this Tutorials for you all guys with a great explanation and useful examples. And, There are Many institutes provide some training program that helps beginner programmer to Understand the concept of Object-oriented programming (OOP). I have shared One YouTube Referral Videos which is great for understanding.