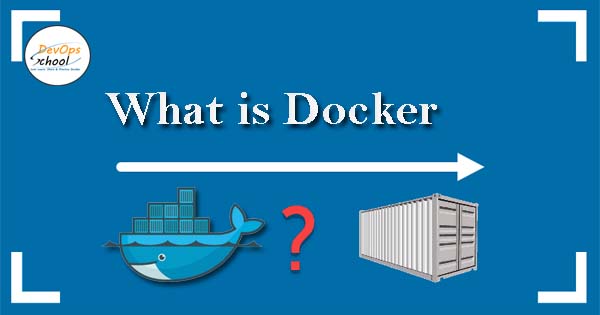 Docker is an open-source platform that uses developing, shipping and running containers. Docker’s workflow makes development, testing, and deployment much easier and much faster. Docker for real-world applications and gain hands-on experience with, deploying and managing market-leading cloud platforms, you must be familiar with the basic concepts of Docker. Docker is the world’s leading software containerization platform. It packages your application into one standardized unit, wrapping it into a complete file system that contains everything needed to run on a server.

Docker Containers help to improve Software development, Application development, and business agility. Docker container starts with a Dockerfile. A Dockerfile is a text file written in an easy-to-understand syntax that includes the instructions to build a Docker image (more on that in a moment). Docker Containers provide a highly efficient and highly granular mechanism for combining software components into the kinds of application and service stacks needed in a modern enterprise, and for keeping those software components updated and maintained.

Why Docker adoption is too much high?

Docker and containers since the announcement of official support for containerized installations. The community Docker repositories has been providing a lot of help with getting images and scripts ready for developers to get set up very quickly.

Developers are getting excited by the promise of increased productivity and easier installation management, and now you need to make a decision on whether the organization adopts containerization as a strategy for your software delivery. At the beginning of April 2018, 23.4 percent of Datadog customers had adopted Docker, up from 20.3 percent one year earlier. Since 2015, the share of customers running Docker has grown at a rate of about 3 to 5 points per year. That’s almost 30 percent market-share growth in 12 months.

In the lockdown Due to Covid-19 Docker Engineers demand is too much, because lots of companies adopt Docker containerization as a strategy for their own software delivery. So, Future and Salary Growth of Docker Engineers are very high. Technology is vast and the demand of software developers and programmers is also high in the market. Docker methodologies are itself changing with new tools and technologies coming in. It’s a huge and fast-growing area. The role of Docker engineer has seen a 225% jump in postings on indeed” according to an SD times report.

The average salary for Docker Engineer is $103881 per year, ranging from $96571 to $110617. Compare more salaries for Docker Engineer at Paysa.com. Compensation is derived from fewer than 20 profiles, including base salary, equity and bonus. The container technology gives companies the power to ship, test and deploy code at a fraction of the speed, dramatically reducing the time between writing code and pushing it to production.

An entry-level Docker Engineer with less than 1 yr experience can expect to earn an average total package of INR 364926. Since there are so many companies which are using Docker obviously the demand will be pretty high. So Docker Engineer demand is high and their future is too much bright.