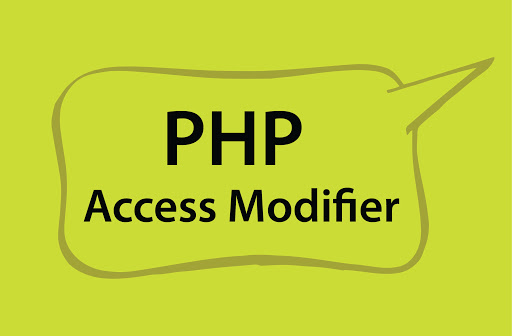 In this Tutorial, we are going to learn about Complete Tutorials of PHP OOP Access Modifiers with Example code. Through this we will learn about the concept about constructor.  But first let me give you a brief explanation of what is Object-oriented programming (OOP)?

We utilize Access Modifier that is nothing more than PHP keywords to set the access permissions for class modes and variables. We can even apply some of these access modifiers to the class itself to make it behave differently. Access modifiers can be applied to properties and methods to govern where they can be accessed.

The members of the class with this access Modifier will be open to the public from anywhere, including beyond the class sphere. If no access modification is indicated, all classes and their members are dealt with by default as public.

The Access Modifier keyword changes the (var) keyword in the case of an attribute.

In this case, we can immediately get to the $topSpeed attribute via the object, as its access level is publicly available.

Within the class itself, class members are available using this keyword. With the class instance reference, it safeguards members from outside class access.

For class variables and methods, we may utilize the private access modifier, but not the PHP class. If a class member – a variable or a function, is designated private, the object of the class cannot be accessed directly.

In this example, the $topSpeed property may be used within the class in a drive(). Because the drive() is a public process, the object instance enables us to access it.

The interpreter will produce an error if you try to access the secret attribute directly.

Just as private, with the exception of enabling subclasses access to members of protected superclasses.

The (protected) Access Modifier is identical to the private Modifier, except that the Member is available to any child class from which this class is inherited.

Our ParentClass is tagged as protected by both its members in the examples above. Like the private modifier, the interpreter makes an error when we attempt to access the protected members.

We are allowed to access the protected ParentClass members inside the ChildClass.

In the preceding example, our attribute $topSpeed is designated privately, but we may use public accessor and mutator methods to obtain or set its value.

To limit the modifications that code from outside the classes can make to the classes’ methods and properties, we require (access modifiers). Only methods within the class can reach the subject if we declare a property or function as private. Therefore, we need to provide public ways for interacting with private methods and properties. Within these methods, we may use logic to check and restrict data from outside the class.